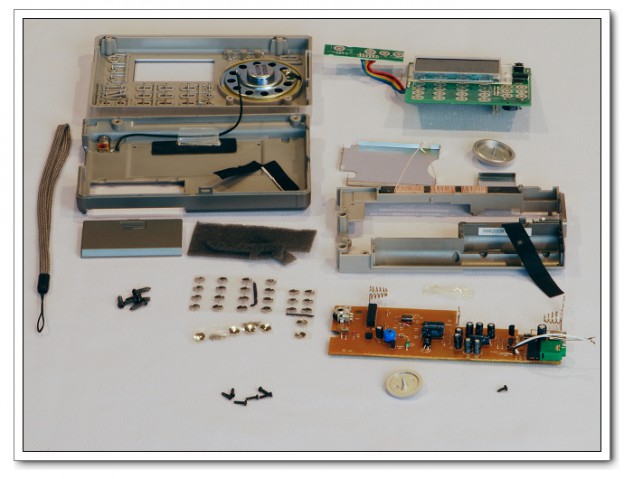 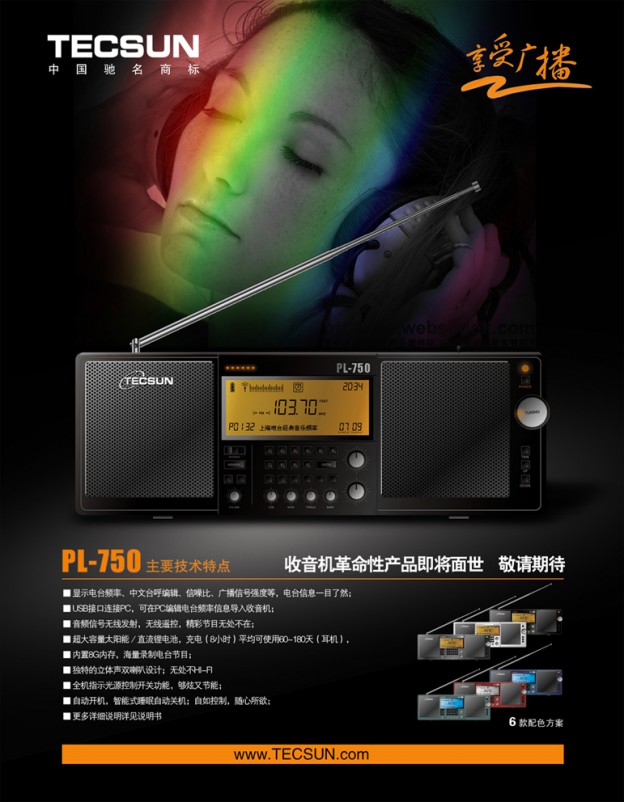 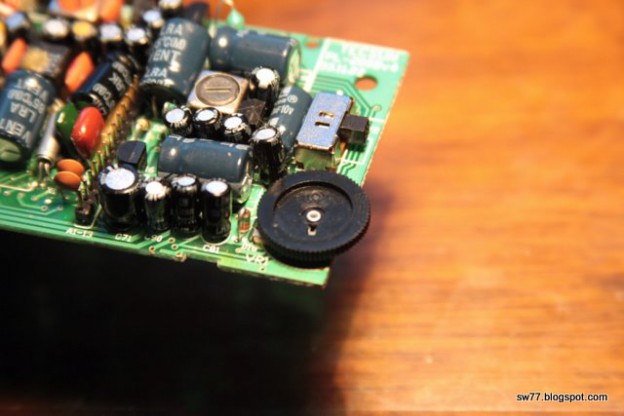 By googling for “B203 resistor” I found spare with p/n R1001G22B1 from Chinese supplier named Song Huei. This is dual-section variable resistor. In PL-200 it has resistance about 20 kOhms of each section (my measures shows 17.9 kOhms on one and 18.2 kOhms on another section). But here in Moscow only two nearest values available – 2×10 and 2×50 kOhms.
I observed PCB and found that both sections of resistor are shortened in parallel.

As you can see pin pairs 1-2 and 3-4 are shortened. So, this dual-section resistor in fact works as single-section 10kOhm resistor and I can use 2×10 kOhm spare after cutting off one section. So I got spare (noticed above) for 15RUR (about 1/2 USD). The disadvatage is that spare has smaller and thinner knob and knob unchangeable

And solder spare resistor back to the PCB

Volume control after such repair becomes not so convenient as before due to smaller knob, but it works perfectly. And now some receiver shots after repair and assembly 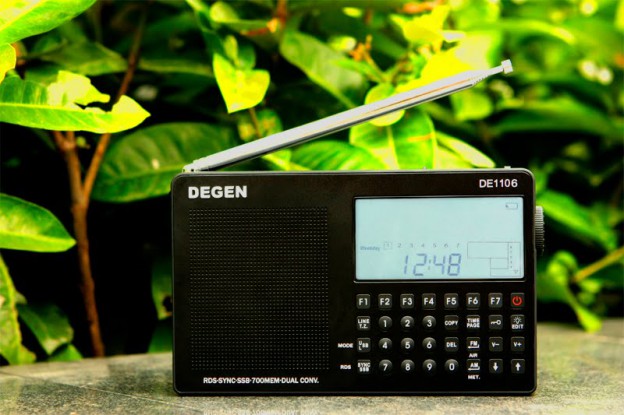 Links originally found in the  Herculodge
The supercessor of Degen DE-1103, Eton E5 and Grundig G3 possibly appeared on the chinese web.
Here is Link to specs PDF on Muse europe site of similar receiver, possibly rebadged 1106.
Two links to chinese sites with photos and discussion: one two.

Radio features 700 mem, separate upper/lower side band, sync AM detection and RDS on FM.
Radio has no letters on numeric keys, so I think that radio does not support text labels for memory cells again 🙁

Also I have found some photos of the Kchibo KK-D6110